What is one place on Earth you would never go to?

When the Sun burns out, will it just disappear causing all the planets in its orbit to float away in space? No, this is not at all what will happen.

You have to remember that the Sun is not fire; it is a huge ball of plasma, fueled by fusion in its core, where hydrogen atoms are fused into helium while constantly releasing energy. These types of stars are called main-sequence stars.

In the Sun, there are two main forces in action: the nuclear fusion, which would like to blow it apart in a gigantic explosion, and its gravity, which would want to collapse it into a tiny, supermassive object. These two forces (the exploding force and the collapsing force), are at an equilibrium, making the Sun remain as the spherical object that it is today, and which it has been for a few billion years now. It is a constant nuclear explosion in the sky, contained and held together by gravity.

The Sun is however steadily burning up its hydrogen supply and it has come about halfway doing so, which means that its fuel tank has 50% left. All the newly fused helium is accumulating as “helium ash” inside its core.

Five billion years from now, the core of the Sun will consist entirely of helium without any hydrogen to keep the fusion going. The star will then begin to collapse on itself until suddenly the hydrogen in its outer layers will become ignited: the fusion will now take place in the outer layers around the still inert helium core.

This is of course going to change the Sun dramatically: it will become red, lose its spherical appearance and turn into a more irregular shape, kind of like a fuzzy, boiling cloud, surrounded by gigantic, flaming arches and tongues of fire. It will expand to colossal size and will turn into what astronomers call a red giant.

The star Aldebaran in the constellation Taurus was once a star exactly like our Sun, but is today a red giant – just like our Sun once will be.

The Sun will in fact become so big, that it will engulf the inner planets (Mercury and Venus) and its surface will end up being right about where Earth is.

Earth, now grazing the Sun’s surface, will be heated up to a temperature hotter than the very flame of an acetylene welding torch, which will strip off its atmosphere, boil away the oceans, scorch off its outer layers down to a depth of many miles and turn it into a sterile orb of molten stone and iron. This is pretty bad news for any kind of life left on Earth; however, it is good times for the outer planets and other objects around the outskirts of the Solar System: Pluto for instance will thaw up and become about as cozy and warm as Earth is today. It may even release some kind of atmosphere and become habitable.

From time to time, the behemoth red Sun shudders and throws off massive amounts of its atmosphere as coronal mass ejections: planet sized chunks of matter, flying out in space. This loss of mass, together with the increased solar wind, will gradually make the Sun loosen its gravitational grip on the planets, which will slowly start drifting outward to increasingly wider orbits, further away from the Sun.

This goes on for about one billion years, until also the hydrogen supply in the Sun’s outer layers is completely depleted. The Sun will then start its secondary engine, where it will start to fuse its helium into carbon. This is actually an even more powerful process than what is going on in the Sun today, and it starts with a bang, called a helium flash.

It may not be very visible from the outside, but in just a few minutes, nearly half of the Sun’s helium core will be fused into carbon – that is how fast it goes. But then it slows down to glacial speeds – the remaining helium will last about a hundred million years.

When also the Sun’s helium supply is fully depleted, its engine will simply sputter and finally turn off. This sputtering will make the Sun go through a series of violent transformations. It will swell up to an even more massive size, for a short time becoming a thousand times brighter than it is today, and finally, in four or five gargantuan convulsions, the Sun will discard most of its atmosphere as huge clouds, called a planetary nebula, slowly receding in space. 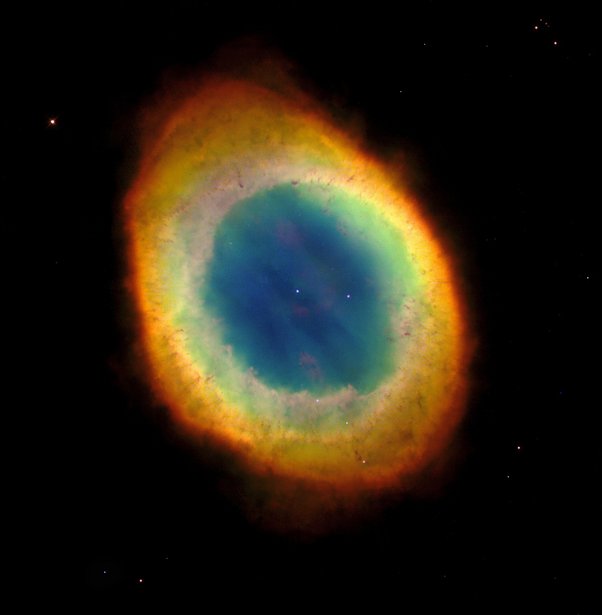 In the middle of this spherical cloud, the super heated core of the Sun will remain fully exposed, as a tiny glowing body about the size of the Earth, called a white dwarf. Its powerful ultraviolet radiation will ionize the spherical cloud around it, making it light up like a fluorescent lamp, in all the colors of the rainbow. It is a beautiful sight to behold, visible from far across the galaxy.

There are plenty of white dwarf stars in the sky, such as the tiny companion star of the mighty Sirius, called Sirius B. Some are part of a multiple star system, some are solitary white dwarfes, like our Sun once will be.

Since the white dwarf Sun has less than half of the mass it used to have as a main sequence star, the remaining planets will change their trajectories and either fly off into outer space or find a new, closer orbit around the white dwarf Sun.

The planet that once used to be Earth will resolidify and turn into a black sphere of iron. It will be featureless and grim – a billion years of having been directly exposed to the surface of the Sun will have erased even the slightest traces of any kind of life or civilization that ever existed there.

The dead Earth may then fall into the white dwarf Sun, fly out in space or stick around in a closer orbit – it is impossible to say. The sky will be dark since there will be no more atmosphere, but there might be a slight haze caused by the slowly fading nebula. 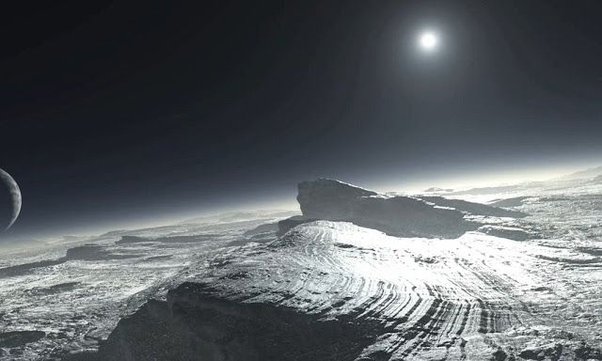 In this stage, the Sun no longer produces any energy; its glow is a residue from its former glory. It slowly starts to cool off, ticking and steaming, like a recently parked car on a parking lot. This cooling will literally take eons: hundreds of trillions of years.

Some planets around it may be so close that they might end up being inside the habitable zone, where liquid water may exist – and also life. But probably not Earth, having had all its lighter material ripped away.

Finally after a nearly endless number of years, the glow of the white dwarf Sun has faded and the star has cooled down to the ambient temperature of space. It has then turned into a black dwarf: a dark and small object made up of degenerate matter.

So passes the Sun, the former indisputable emperor of the Solar System: as an icy cold interstellar zombie, destined to forever hurtle through the void in total darkness and silence, with the frozen ghosts of its former planets still relentlessly orbiting it. 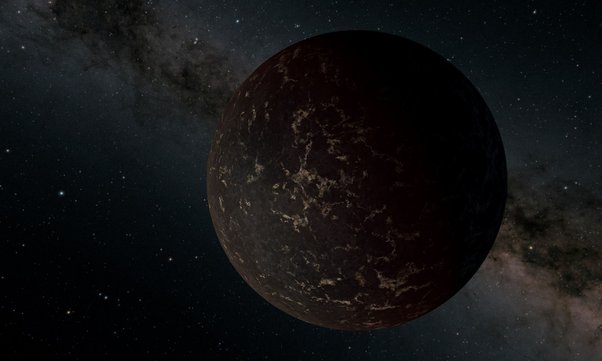 This question was originally answered on quora by Thomas Kolb